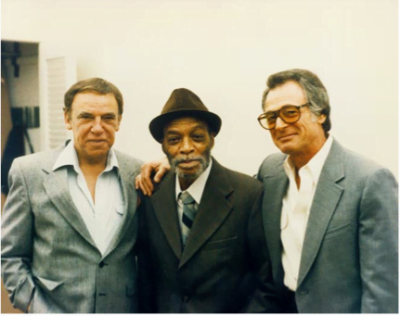 Born in the Bronx over 84 years ago, Freddie Gruber grew up in the gritty exuberance of New York City in the 1930s and '40s. As a young man, he was inspired by the creative ferment of that era's jazz music, and by the late '40s he was emerging as an exciting and important new drummer. A story about him in Downbeat magazine in 1947 bore the headline, "The Shape of Drums to Come," and the writer praised Freddie's innovative polyrhythmic approach to jazz drumming. One notable highlight of those years was being the drummer in the only big band that would ever feature the revolutionary alto sax virtuoso, Charlie Parker.

In those vibrant times in New York City, the postwar boom in both commerce and artistic exploration, from abstract expressionism to be-bop, Freddie's life intersected with many important characters in music and other artistic fields, like Miles Davis, Allen Ginsberg, Larry Rivers, and Marlon Brando. He became a close friend to the drum legend Buddy Rich, and their relationship continued right up to Buddy's passing in 1987. In the course of Freddie's long and eventful life, he seemed to cross paths with "everyone who was anyone" -- not only in the world of drumming and jazz music, but in the entire bohemian culture of the late twentieth century.

However, like Charlie Parker and other mid-century jazz musicians, Freddie fell into destructive habits. Later, he would be able to tell about scoring heroin on a Harlem rooftop from a dealer called "Detroit Red" -- better known to history as Malcolm X.

Narrowly avoiding the tragic fate of other victims of that addiction, in the late '50s Freddie cleaned himself up and got out of town -- heading west, in the classic American tradition. (Freddie only briefly encountered Jack Kerouac, but would surely have understood both his madness and his methods.)

Into the early '60s he worked and played his way through Chicago and Las Vegas, and eventually arrived in Los Angeles. Soon he was organizing and playing in what would later become known as "after-hours joints," and Freddie was a key player in that era's lively jazz scene in Los Angeles.

It was then and there that, almost by accident, Freddie Gruber discovered his true calling -- teaching others how to play the drums. In time, he also manifested a gift for guiding those whose playing was already accomplished, leading them into higher elevations of understanding and mastery of an ever-evolving instrument in modern music.

Over the next forty years, Freddie's students included a remarkable cross-section of drummers whose playing would be heard worldwide, and who profoundly influenced the music of the times, even if their names were not widely known -- among them John Guerin, Ian Wallace, Steve Smith, Dave Weckl, Mike Baird, Johnny "Vatos" Hernandez, David Bronson, Peter Erskine, Burleigh Drummond, and Neil Peart.

One early student, Don Lombardi, went on to found the Drum Workshop company, which offered percussion products of such innovation and quality that they almost single-handedly recaptured the drum-making industry from Asia back to America.

Each of those drummers, as well as many less-prominent students for whom music and drumming were equally important in their lives, came from different backgrounds and had varying musical ambitions. Many ended up playing widely diverse styles of music, yet each of them would attest that Freddie was the right teacher for them. It was in Freddie's nature to understand intuitively the qualities of each player's gift, and he could hear what each of them could be. Thus he was able to nurture the musical potential that existed in many different drummers.

As an educator, Freddie's unique gift combined that individual insight with something even greater -- he had an unparalleled understanding of the physical "dance" involved in playing the instrument, the ergonomic relationship of the drummer to the drums. That relation was as essential for masters as it was for beginners, and without ever trying to disrupt a particular drummer's "character," he helped each student to discover, express, and refine his own individual voice. His guidance always aimed at a graceful and natural approach to the instrument that was truly musical.

During that same time, in half a century of living in Los Angeles, Freddie was immersed in the city's artistic and social life, high and low. Once again, his meandering path intersected with notable characters and celebrities, and his inexhaustible (yet verifiably true) stories ranged far and wide. All of his students would testify that a drum lesson with Freddie would always be illustrated by colorful anecdotes from his entertaining memories -- from the magical time of the late '40s in New York City, or that equally fascinating period in Los Angeles. By then he could include cameo appearances by characters ranging from musicians as various as Terry Gibbs, Johnny Mandel, Mitch Mitchell, and Jim Keltner, to cultural icons like Jack Nicholson, Larry Gelbart, and Stanley Kubrick.

Through all of those amazing times, places, and characters, Freddie Gruber's life was fully lived, his idiosyncratic ways following his own unique and inimitable path. The meaning of "authentic" is "self-authored," and throughout Freddie's eventful 84 years, he was nothing if not both of those. That kind of rebellious integrity is the mark of many an admirable individual -- also reflected in another dear friend of Freddie's in his later years, the great drummer Joey Heredia. Joey also lives a fiercely independent and self-authored life and career, of which Freddie thoroughly approved. 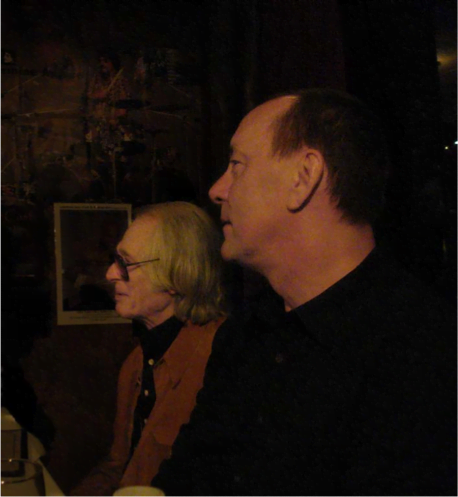 Later in life, though, Freddie would have cause to echo the famous epitaph of ragtime pianist Eubie Blake (who lived to 96), "If I'd known I was going to live this long, I would have taken better care of myself."

Freddie was something of a miracle of nature in that regard, too -- not only surviving the ravages of a period of heroin use, but reaching his ninth decade as an unrepentant cigarette smoker. Through every day and night (especially nights), Freddie Gruber sustained a completely idiosyncratic narrative arc, answering to no one but himself -- yet along the way he earned love and respect from those who knew him best. He was smart, hip, warm, and funny, and although he kept himself insulated from the intrusions of what he called "straight life" -- the "real world" -- he was wise in its ways, always well informed, incisive, reflective, and caustic. Those qualities made a nicely faceted set of lenses through which to view humanity, and those lenses often sparkled with wry humor and deceptively profound wisdom: "Get out of your own way," "What's the difference if you don't know the difference?" and one oft-maligned expression, "It is what it is."

Freddie never wielded that scalpeled phrase with cynicism, but as a simple acceptance of reality -- like Wittgenstein, "The world is all that is the case." It is what it is.

At the end, during his mercifully brief decline, he was looked after by longtime friends David Bronson, Neal Sausen, Pam Gore, Cindy Kucik, and Edy Bronston. Many friends and former students visited to pay their respects -- reflecting what Buddy Rich once said about a party he hosted for Gene Krupa, when that other all-time drumming legend was succumbing to leukemia.

Typically, when Buddy was asked about it, he masked his generosity, compassion, and love for the man by growling, "Yeah, well -- it seems to me you should give flowers to the living."

As a man, Freddie Gruber was loved and appreciated during his lifetime, and as a teacher, he was respected and revered -- not least because he had guided so many of his students into finding their own voices on the drums.

All of those musicians will continue to pass along that fundamental and immortal language of human life, to listeners and to younger drummers, and thus Freddie's place in that divine continuum will continue to resonate forever.

He will be missed, but he is not gone.

Donations in Fred's memory may be made to the California Jazz Foundation at www.Californiajazzfoundation.org